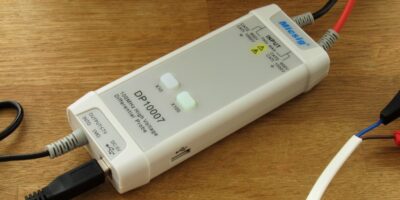 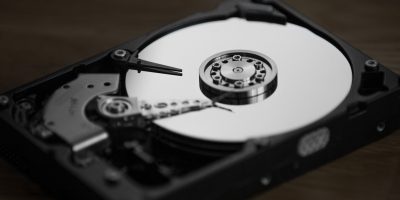 I wanted to learn how to use the I2C and SPI buses; had an old Raspberry Pi 3 Model B+ lying around so decided to invest in Pimoroni’s Breakout Garden.

It’s a modular system with an adaptor that fits on the Raspberry Pi which has a handful of what look like ISA connectors found in PCs of old into which you can plug compatible breakout boards.

I’m currenty building a reflow oven out of a mini oven so the first module I bought was the MCP9600 thermocouple amplifier breakout along with a type K thermocouple.

The conductors on the thermocouple were not quite long enough to screw into the terminal block but some gentle encouragement with a knife solved that problem. They are solid core, quite stiff and a couple of times even with the terminal blocks screwed right down came out – this wasn’t a big problem it just meant I had to be careful when moving the probe.

The stuff from Pimoroni is always beautifully designed and the back of the adaptor is no exception. It also has a surface mount 40-pin connecter to fit onto the Raspberry Pi.

The only problem is that the adaptor only came with two stand-offs. I’m not sure why this as I can’t imagine these are very expensive but it meant I had to fit them diagonally across the board so that it was fully supported.

The use of a surface mount 40-pin connector means that you need to fit a stand-off on the back otherwise the adaptor sits too low on the Raspberry Pi.

There’s a satifying feeling and a sense of acomplishment when you plug in your first breakout board which is a testament to the design of the whole product.

I installed the Raspberry Pi OS onto a spare SD card and fired everything up. There’s a very good guide at ABElectronics on how to set-up your Raspberry Pi to communicate with I2C devices. Don’t forget to do this otherwise you’ll be pulling your hair out for hours trying to figure out why nothing works!

The folks over at Pimoroni have created a basic Python library to get you started with the MCP9600 breakout board. The instructions are very clear and using Thonny, the Python IDE included in the Raspberry Pi OS, I was able to get my first temperature reading in a few minutes.

I’m really happy with Pimoroni’s Breakout Garden ecosystem and have already ordered a couple of more boards to play around with.